MONDAY, JANUARY 30: Today, Earl’s New American will be closed, Buttonwood Grill is open only for breakfast, and Cock ‘n Bull and Hart’s Tavern will close at 2 pm. We apologize for any inconvenience.
Skip to content

This event has passed. 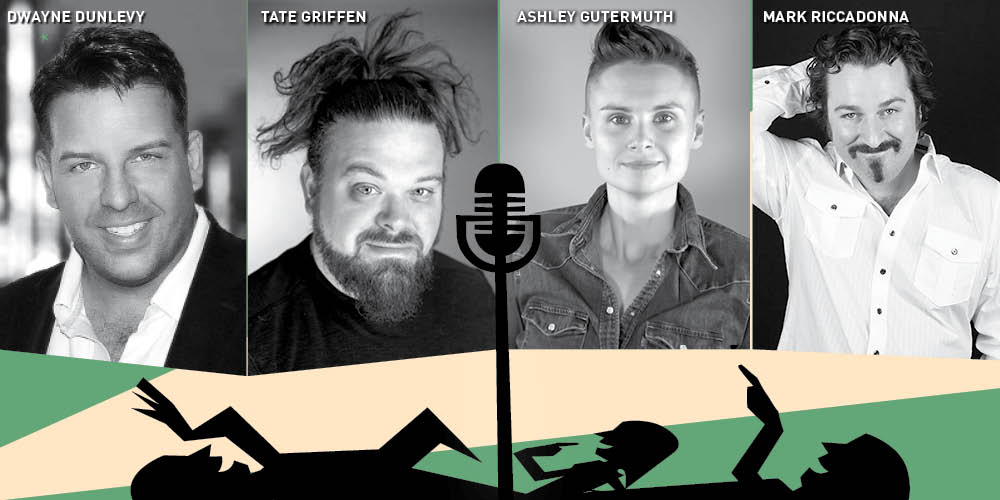 This March show is sold out. To purchase tickets for our April 29 or May 27 show, please click here.

A cash bar will be available. Food is not included. Guests are encouraged to dine before the show at Peddler’s Village restaurants, and will receive a 10% discount when they show the confirmation email.

When: Saturday, March 26. Check in at 7:00 p.m.; Show starts at 8:00 p.m.
Where: Cock ‘n Bull Restaurant
Price: $25 per person
Seating: No assigned tables: seating is first come, first served. This show is an indoor event. Please note that guests could be seated at a table with others not of their own party. Masks are encouraged, but not required. Upon arrival, guests are asked to use the entrance to the Cock ‘n Bull restaurant. At check-in, guests will be directed to the indoor performance space.
If you require wheelchair access to the show, please call Guest Services from 9:00 a.m.-5:00 p.m. at 215-794-4051 to ensure accommodation.

Cancellation policy: Tickets purchased for Comedy in the Village at Peddler’s Village are non-refundable. If you cannot attend your reserved date, please call 215-794-4051 at least 2 days prior to your reserved date to reschedule your reservation to a later show. Peddler’s Village reserves the right to cancel show dates. Should a show be cancelled because of dangerous weather or otherwise, you will be given the option to reschedule to a later show date or be refunded the ticket cost in full.

Note: Guests will not receive physical tickets for this event. A completed purchase registers guests automatically for the event and guests can check-in with their names. Your email receipt serves as proof of purchase but guests do not need to present it at the performance.

Dwayne Dunlevy
Dwayne Dunlevy is a multi-faceted Bucks County entertainer who has been bringing joy to audiences for over two decades. Dwayne’s talent with hosting, comedy and music makes him the perfect performer at private and public venues from New York City to Philadelphia. His self-written and performed one-man shows, “The ‘C’ Word” and “Neurotica”, premiered in 2006. Dwayne has gone on to perform in and produce numerous, well-received live show productions.

Tate Griffen
Tate Griffen is a former professional wrestler who has tagged into the standup comedy arena. At 6’5″ and 300lbs., Tate’s quick wit, storytelling style, and sensitive demeanor provide a humorous contrast and reminds us that you can’t always judge a book by it’s cover!
Tate has appeared at comedy clubs with Mick Foley, Ric Flair, Jake “The Snake” Roberts, Kevin Nash, and more. He recently released his first comedy album: “Tate Griffen: No Stage Too Small,” available through iTunes, Amazon and Google Play as well as dozens of other streaming services worldwide!

Ashley Gutermuth
Ashley Gutermuth is a New Jersey-based stand-up with an irresistibly positive, high-energy style focusing on her unusual relationships and life observations. She has appeared on “The Tonight Show with Jimmy Fallon” where she was chosen by Jerry Seinfeld to win the “Seinfeld Challenge.” In 2021, Ashley won the headliner category of the US Comedy Contest. Ashley has performed in the New York Underground Comedy Festival and won Blue City Comedy’s Comic of the Month competition.

Mark Riccadonna
Mark Riccadonna grew up an artsy jock outside of Youngstown, Ohio. At age 17 (like a bad independent movie), Mark moved to NYC in search of himself and happiness. He pursued theatre at The American Academy of Dramatic Arts, joining “The Company” after graduation. Soon after, Mark stumbled upon stand-up comedy and found success as a storyteller, performing throughout New York City and on the road. Mark performs for Armed Forces Entertainment and has entertained U.S. and U.N. Troops worldwide, performing in six continents and across the United States. Outside of comedy, Mark is an accomplished actor and writer. Most recently, Mark has a lead role in the feature film “Days of Power” and is a contributing writer for Saturday Night Live’s “Weekend Update,” columnist and travel writer for “Today’s Man Magazine,” wrote and directed the television pilot “Radio Gods,” starred in “Game Night” (winner of the International Film Festival NYC), been seen on AXS TV’s “Live at Gotham,” FOX’s “Laughs,” heard on Sirius XM and “Bob and Tom,” and also has a hit Podcast “Drinks, Jokes, and Storytelling.”